Bitcoin or Ethereum? Which Should You Buy as For Now.

Many people have invested in cryptocurrencies recently because of the huge returns. Both bitcoin and Ethereum are two leading cryptocurrencies that many investors are attracted to. Bitcoin is one of the undisputed decentralized virtual currencies and has been in existence for over 11 years now. Bitcoin was launched in 2009 by Satoshi Nakamoto to help elevate the economic crisis that was caused by conventional banks.

Since the creation of Bitcoin, transactions have been easier, faster, and cheaper. Over the years, Bitcoin has faced a lot of challenges and there have been different speculations by naysayers that the cryptocurrency will crash soon. It's now over ten years with a successful impact on the economy. Therefore, Bitcoin, Ethereum, and other cryptocurrencies will definitely exist even in the future.

On the other hand, Ethereum was developed to be a better version of Bitcoin considering scalability. It is considered more like a development platform. Since Ethereum was introduced, a lot of people thought that it would be Bitcoin’s biggest competitor. Nevertheless, Ethereum has never been about the price, but about the platform. Ethereum has made smart contracts, decentralized finance (Defi), and decentralized apps (DApps) possible. It is right to say that Ethereum is more for designers and developers, and it is not just a coin like any other. Since its inception, Ethereum has attained a high price value and that makes it a potential and good investment plan.

Read about Does the future rely on Online Businesses?

The history and performance of cryptocurrencies

Bitcoin is the very first and most popular currency in the crypto market. It has the highest price value and as well the highest exchange rate against the USD. In 2020, Bitcoin attained a high point where it went as high as $41,000. This marks that Bitcoin has overshadowed every other cryptocurrency. Due to the increase in its value, many institutional investors like Grayscale are getting more interested in putting more money in the bitcoin market. This has resulted in the scarcity of bitcoin and the corresponding price increase. Elon Musk, CEO of Tesla, has recently purchased $1.5 billion worth of Bitcoin. Also, Tesla plans to begin accepting Bitcoin as a payment for its car purchase in the nearest future. The best time to buy bitcoin was before now but the next right time is NOW.

By early 2018, Ethereum had recorded its all-time high when it sold for $1,440. Right now, Ethereum is selling above $1,600. The development team is working to make the Ethereum network more efficient, secure, and more beneficial by launching ETH 2.0.

Comparing both Bitcoin and Ethereum, you can notice that they have both had good price trends and both have excellent use cases and value. 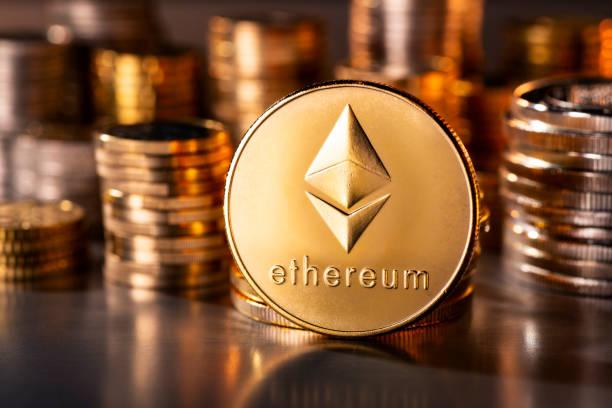 It is not a matter of taking something to the mouth to pick the best cryptocurrency to invest in. both are great coins that have a good record in attaining the best prices and exchange rates. Also, they have the huge potential of giving a good return on investment.

With the current prices, bitcoin is suitable for investors with large pockets and liquidity who can spend over $400,000 to buy bitcoin. However, investors with decent capital can start their crypto investment with Ethereum because it is relatively cheap.

If you buy or invest in bitcoin or Ethereum, you are investing in the future of finance. None of them is a bad investment. Contrary, bitcoin, and Ethereum are not rival projects but are different projects with diverse goals. Therefore, you can make the decision to invest in any of the two assets.

Bitcoin transaction fees are way lower than Ethereum transaction fees. However, Ethereum might not be as popular or expensive as bitcoin but it can also serve as a great investment asset. Also, they have similar features hence, good investment options.